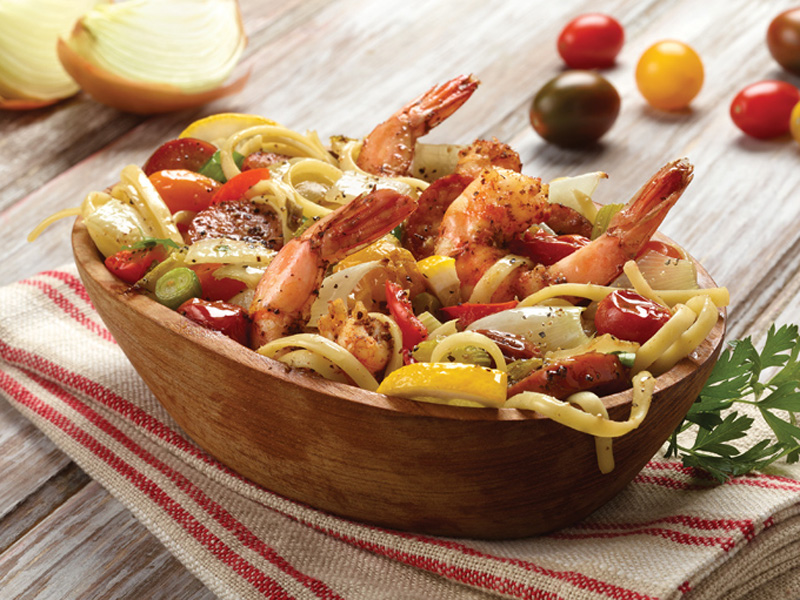 On a large parchment lined baking sheet, toss together the onion, bell peppers, celery, garlic, jalapeños, tomatoes, 2 tablespoons olive oil, salt pepper until evenly combined. Give the pan a shake to ensure that everything is on a single layer.
Add the andouille sausage. Roast the veggies until they are beginning to char, about 15 to 20 minutes.
In a medium bowl, toss the shrimp with the Cajun seasoning. Remove the baking sheet from the oven and distribute the shrimp on top in an even layer. Add lemon wedges. Return to the oven and cook until the shrimp is no longer pink, about 5 to 8 minutes.
Garnish with fresh lemon slices, green onions and parsley. Serve over linguine.